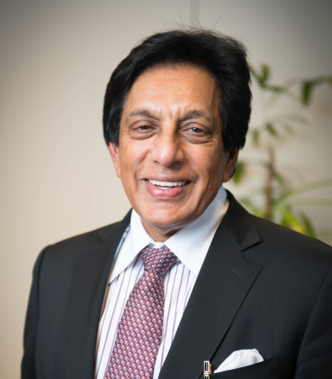 Chair of the Board

Ajit Shetty brings his extensive experience of over four decades in the life sciences industry. Before his retirement in 2017, he was Chair of Janssen Pharmaceutica and Member of the Operating Committee of Johnson & Johnson. Prior to these prominent positions, Dr. Shetty spent almost a decade as Managing Director of Janssen Pharmaceutica in Belgium, during which time he drove the enlargement of the Janssen Group of Companies from USD 1 billion to USD 8 billion in global sales through geographical expansion and new product introduction. In his former capacity as President of The Janssen Pharmaceutical Companies of Johnson & Johnson in the US, he was responsible for launching Durogesic to become the fourth largest J&J product in 2008 with sales reaching USD 2 billion. Dr. Shetty continues to be extremely active in helping shape the life sciences industry in Belgium and the US. He chairs the Board of the Flemish Institute of Biotechnology (VIB), and is actively involved with high level management at Carnegie Mellon University in the US and the Institute for Tropical Medicine in Antwerp. He also lends his experience and advice to a number of companies (including Agile Therapeutics, Actinium Pharmaceuticals, and reMYND), as well as VC fund Newton Biocapital. In recognition of his unique services as a leader in the life sciences industry, Dr. Shetty was awarded the Right Honourable Sir and Title of Baron by King Albert II of Belgium in 2008. He was granted the Lifetime Achievement Award in India, his country of birth, in 2010. Dr. Shetty was also elected "Manager of the Year 2004" by Belgian economic magazine Trends.He received his Ph.D. in Metallurgy and a bachelor’s degree in Natural Sciences from Trinity College, Cambridge University, UK, and his MBA from Carnegie Mellon University.